Develop an experience wall about the surroundings of camping Vreehorst

Camping Vreehorst is a luxury campsite in Winterswijk. The campsite wanted to renew its reception and create an inspirational wall within this reception. By means of this inspiration wall, camping Vreehorst wants to inspire its guests to visit the area. A connection has been made with the TOP points project of Achterhoek Tourism, which wants to stimulate visitors to receive information about the many route options in the area.

We guided the project for camping Vreehorst from start to realization. We wrote the texts for the wall, collected content, guided graphic design, guided the quotation process for realization and coordinated installation. 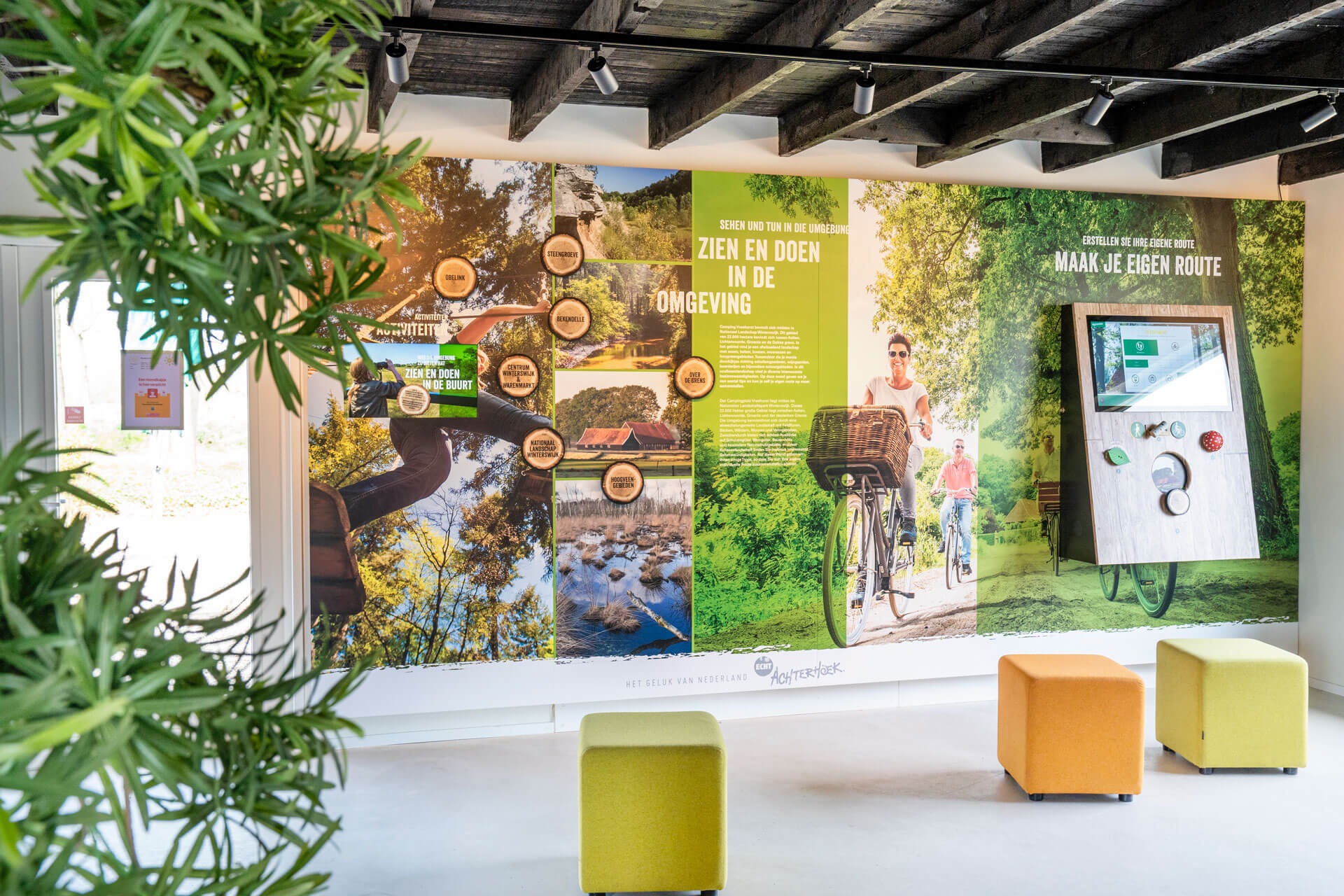 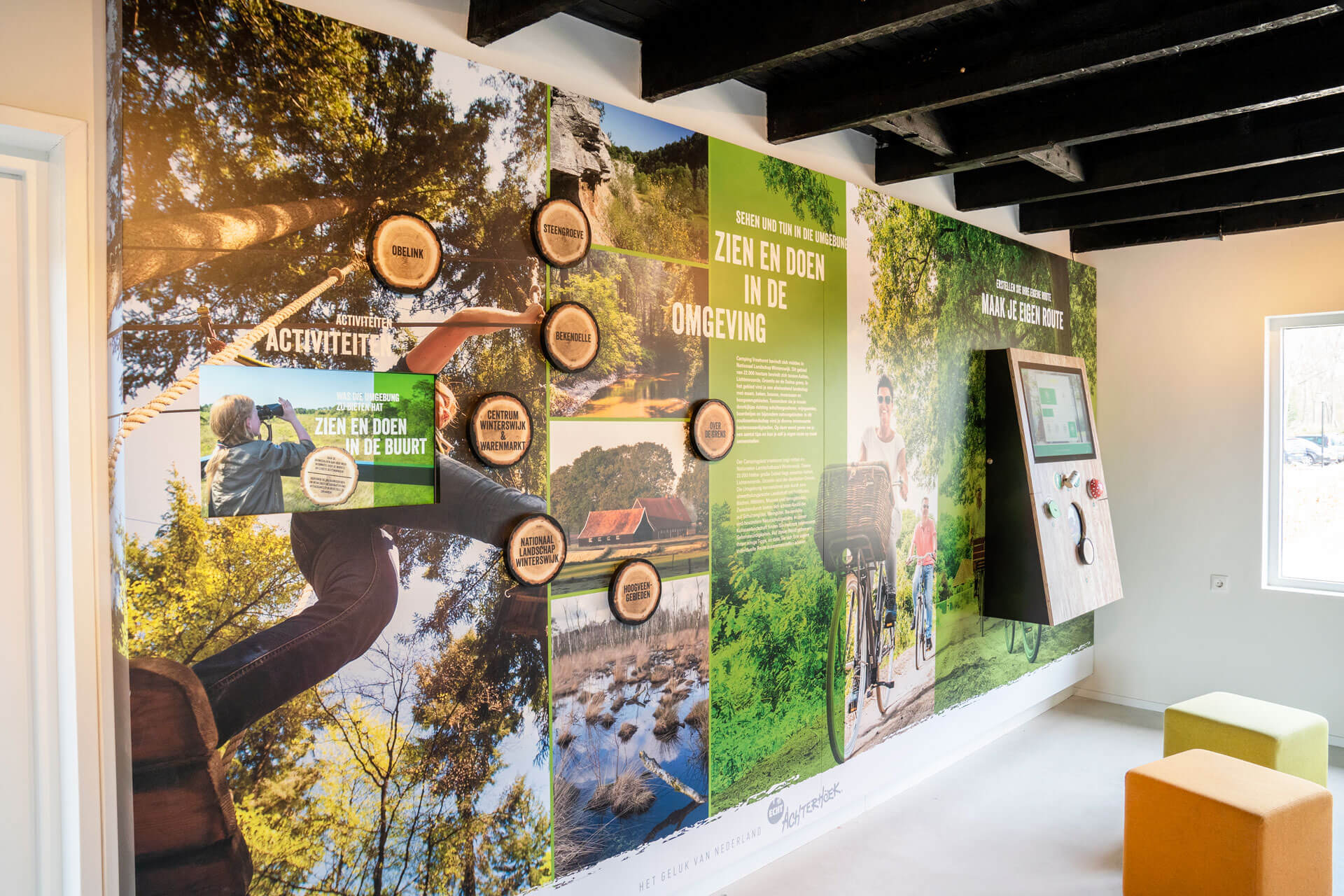 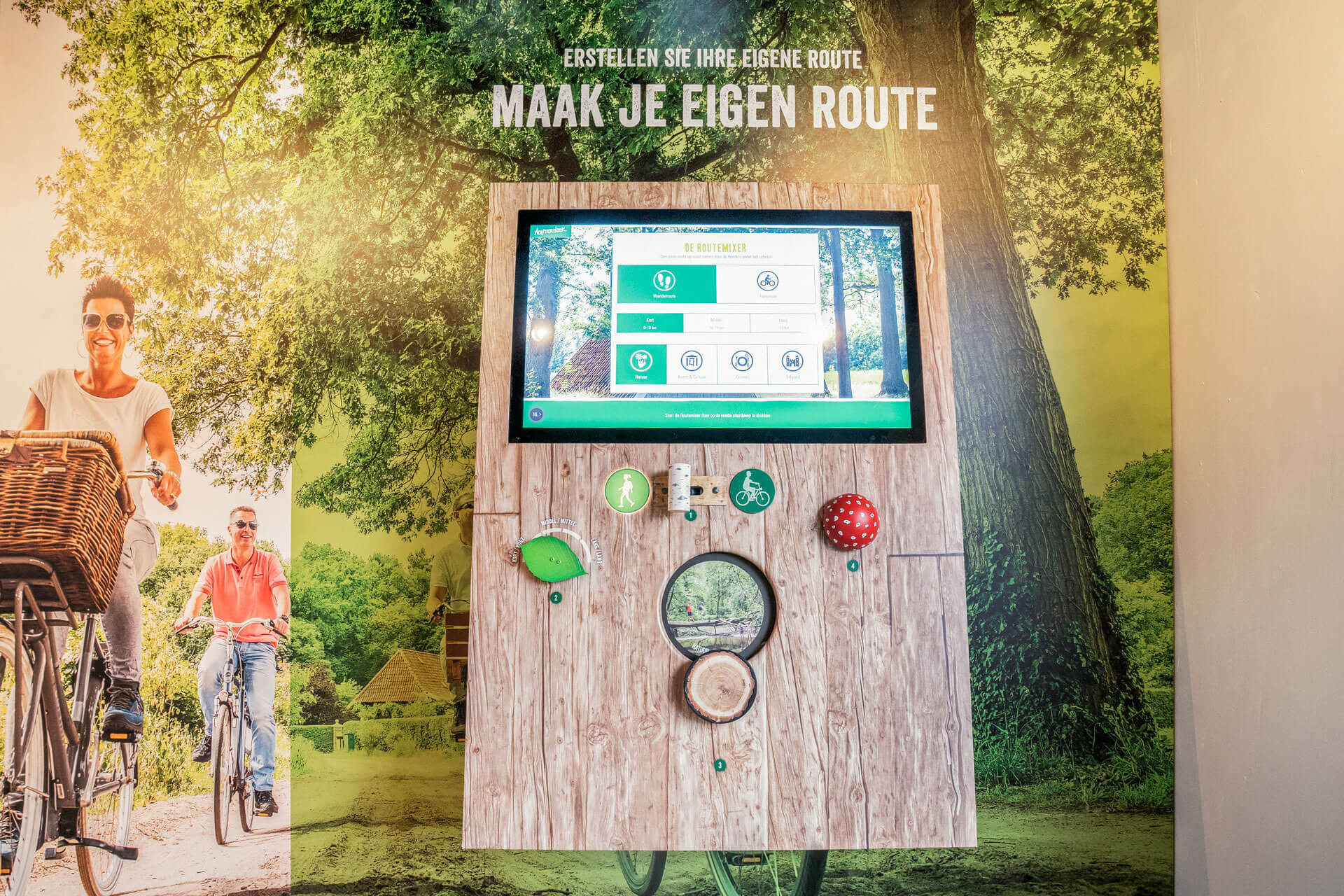 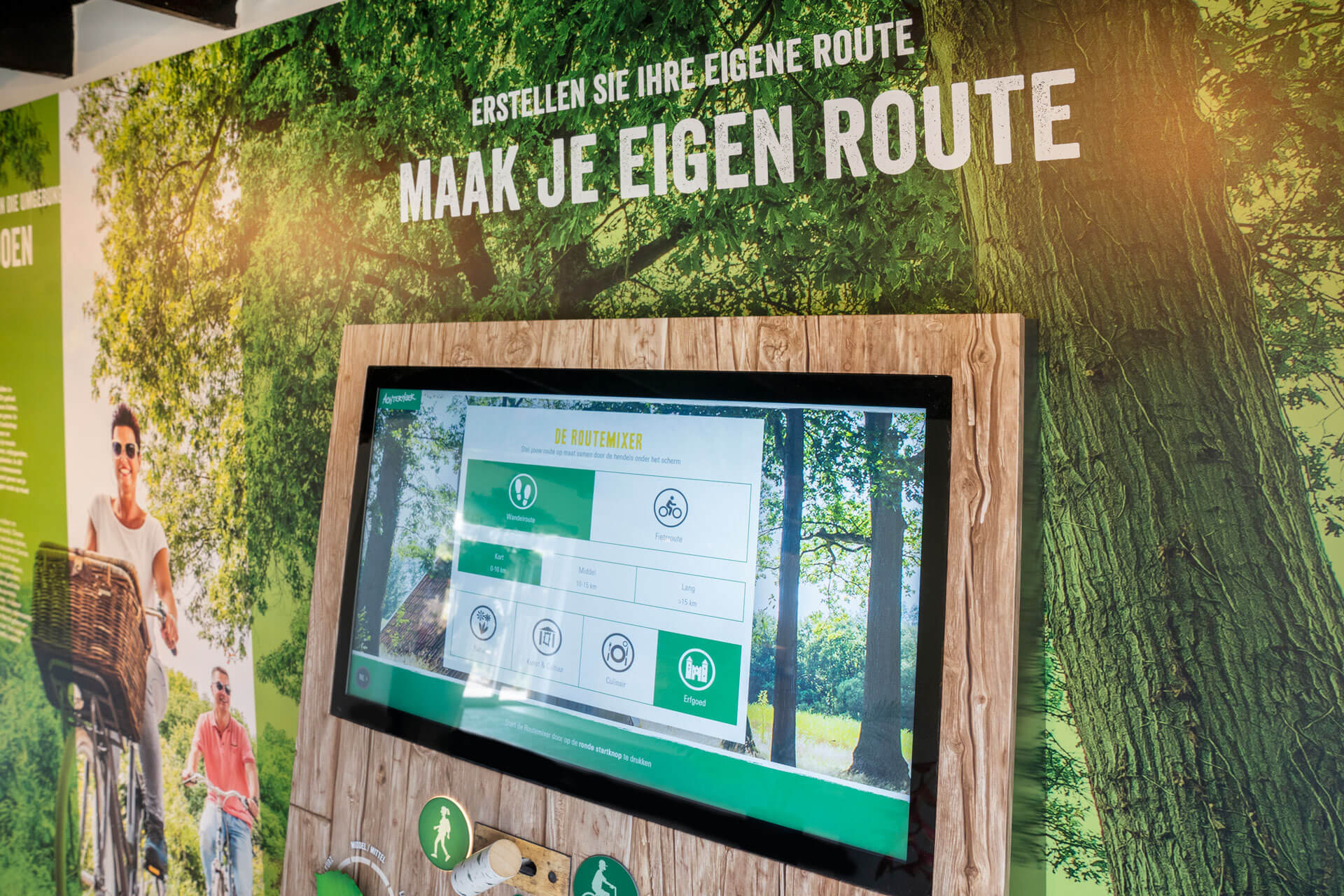 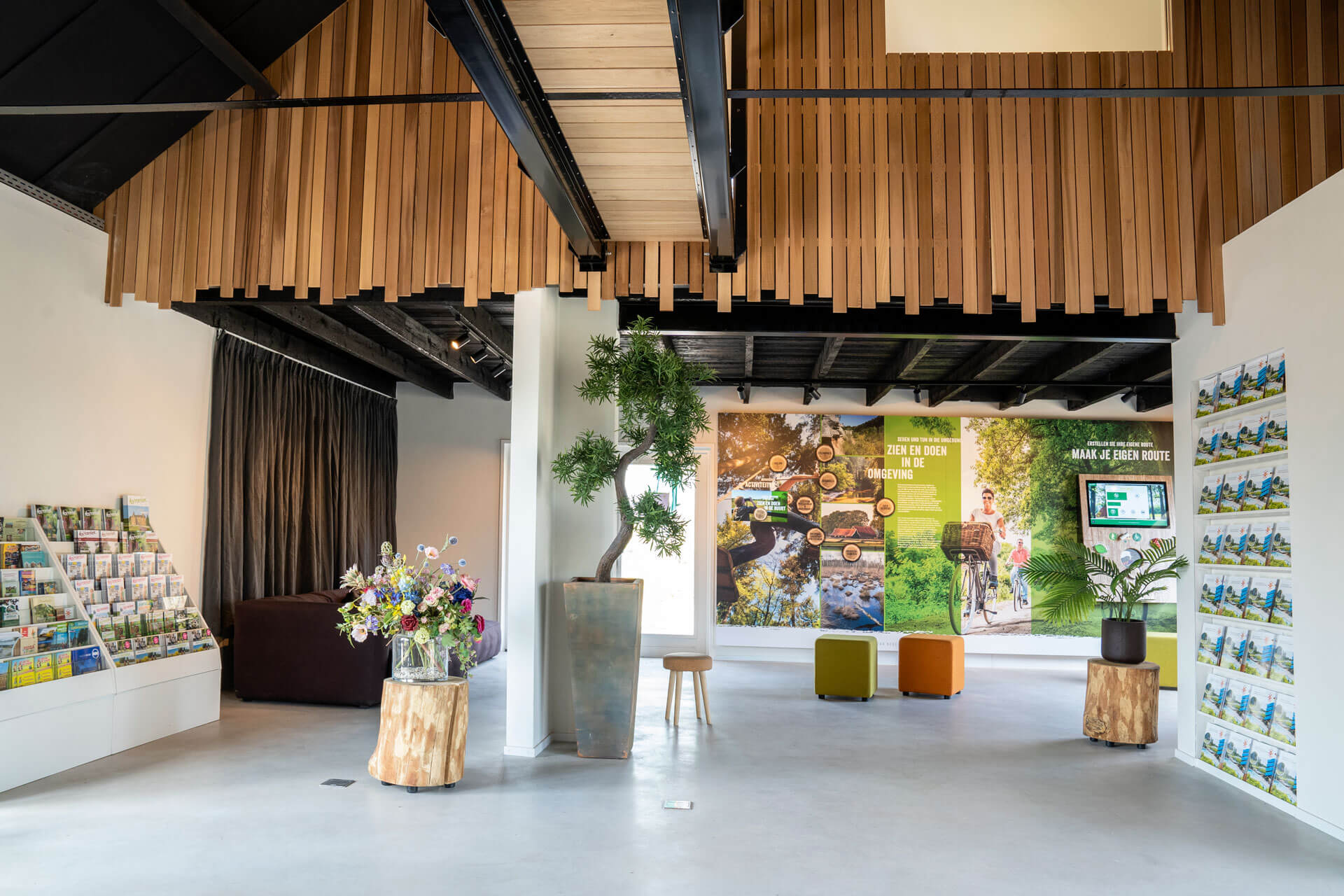 At the end of February 2021, an inspiration wall was realized in the new reception of camping Vreehorst. The wall contains information about the environment. Tree discs with points of interest can be pressed on the left side, with which information appears on the screen in Dutch and German. A route mixer has been realized on the right-hand side. By operating a few buttons and levers, the visitor indicates the preferences for a route. A suggested route will then appear on the screen that matches the preferences. The route can be visually displayed on a map, provides information about the highlights along the way and about the distance and estimated duration of the route. The route can also be transferred to a mobile phone via a QR code.