Hanseatic city Zutphen is one of the oldest cities in the Netherlands. The city has a rich history, which you see in churches, parts of fortifications, stately warehouses, courtyards and merchant houses. Zutphen wanted to make its story visible in a new, contemporary VVV Inspiration Point with themes such as Hanseatic city, routes, Made in Zutphen, art & culture, fortified city and tower city. 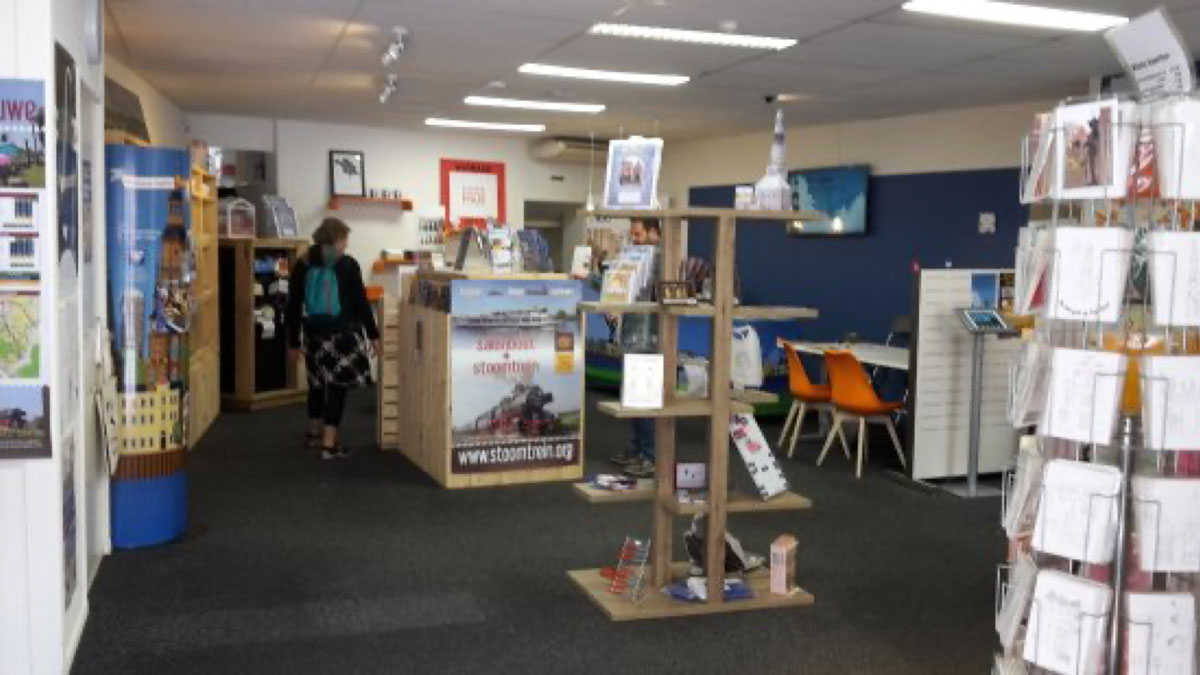 First of all, together with Achterhoek Tourism, we determined the starting points for a Achterhoek-wide formula. In this way, the various inspiration points in the Achterhoek will eventually be recognizable as a joint family.

With Promotion Zutphen we mapped the stories and DNA of the region. In addition, the wishes and required functionalities have been mapped out. This led to a briefing for the designer.

DestinatieX supervised the entire project as project leader. We coordinated, guided the design process, drew up a project plan and contributed to the financing. Until the moment came that VVV Inspiratiepunt Zutphen could open its doors in June 2020.

In the new Inspiration Point you’ll have a good impression of the Hanseatic city of Zutphen. In addition to the familiar routes, brochures and souvenirs, there are various interactive ways to discover the city of Zutphen. For example, there is no longer a desk, but a meeting table has been created. This includes a touchscreen with inspiration about the Achterhoek and Zutphen.

With a large historical map of Zutphen you can move a ‘cog ship’ through the canals. Along the way you get to see important fortifications of the city on a screen and tips on how to explore them. A little further you get a picture of the characteristic courtyards in the city. By opening the doors you can, as it were, walk into the courtyards and view them from the inside and learn more about them.

The Inspiration Point also gives an outline of the Hanseatic history and the trade with which the city has grown. You can discover the different towers in Zutphen via a large wheel that can be turned. Further on there is attention for art and culture, including the various museums and at “Made in Zutphen” you can orient yourself on the shopping areas and companies in the city. Finally, there is also information about the area, such as the Veluwe and the Achterhoek. 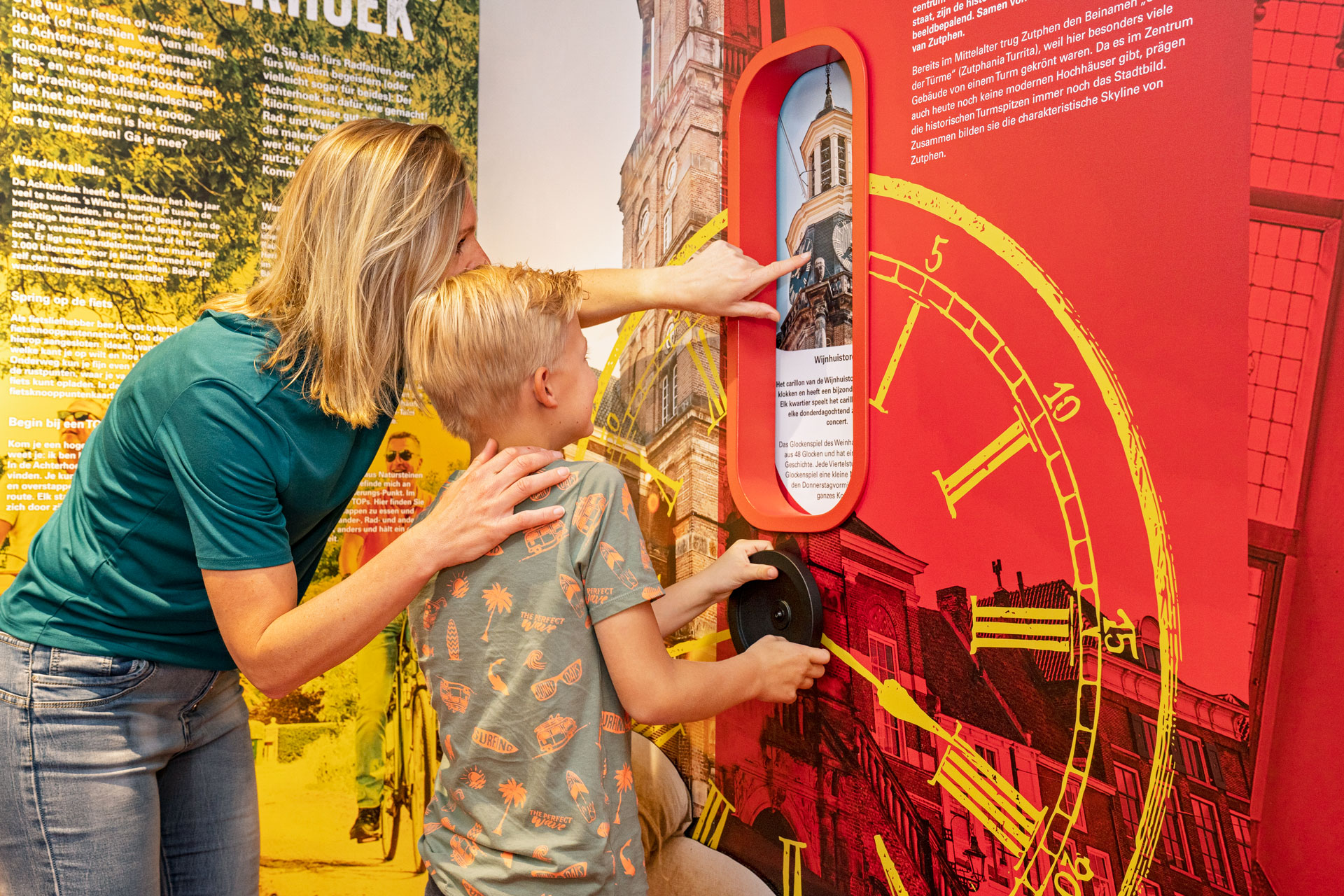